What is shared between the Mac and iPad or iPhone versions of Clever Net Worth? 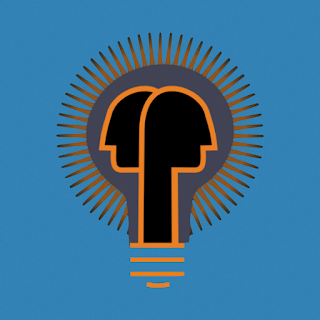 Clever Net Worth now works on both your Mac computer (desktop or laptop) and your iOS devices (iPhone and iPad).

If you have multiple device types that use the same AppleID, then there is some special linkage between the various versions:

The 'Unlock Accounts' inApp that you have bought will work on all devices without having to pay for it a second or third time.

As an example, if you bought the "Unlock Accounts" unlock on the iPad version of Clever Net Worth, this is also available for free on the Mac version of the same app.  To access it, just start the Mac version, tap on the 'Settings & Support' tab, tap on the first button in the list and the "Unlock Accounts" purchase screen will be displayed (which will initially have a price displayed). Then hit "RESTORE".  Your purchase from the iPad will be restored and applied to your Mac version!

You can also share your Clever Net Worth data between your devices using iCloud sync. Tap here if you wish to see how to do this.

Popular posts from this blog

Where is my data stored - can anyone else access it?

May 21, 2020
All of the app data is stored on your local device or your own personal Apple iCloud account.  It is not shared with the developer or available to anyone else.  Only those that have access to your devices have access to your data. See below for additional information regarding data storage for particular apps. Clever Contacts All the contact related information (name, address, phone numbers, emails, contact photo etc) in Clever Contacts is actually saved in and read from your Contacts App on the device.  Membership in groups (e.g. Family), notes, photos associated with notes and other settings data is maintained by Clever Contacts in separate files. These will either be only on your local device or in your iCloud account depending on which storage option you have chosen in the Clever Contacts “Settings” screen. Clever Net Worth If multiple people have access to your iPhone or iPad you can protect your data from prying eyes using a password, Face ID or Touch ID - go to the “S
Post a Comment
Read more

How can I find a photo of my contact in Clever Contacts on the web?

May 21, 2020
Clever Contacts can assist you to find a suitable photo if you don't have one already in your photo library.  Just follow these steps: Find the person by scrolling or searching through one of your group lists. Tap on them to see the detailed person view. Tap of their photo. Now tap on "Assisted Web Search". This will open a window in the Safari web browser on the Google Image Search page. The search term will be automatically set to the full name of the person. Scroll through and see if any of the images are suitable. Remember to also check that you are allowed to use the image (it isn't licensed or in some other way protected). Tap on that image to bring up a larger version. Now hold down on the photo until a dialog pops up with a "Save Image" button. Tap this to save a copy of the image to your photo library. Return to Clever Contacts by tapping the "Done" button in the top left corner of the screen. Finally tap "Choose Photo&q
Post a Comment
Read more

July 07, 2022
Important announcement as at 7 July 2022. Unfortunately we have decided to remove our P&F Charts app from the App Store effective immediately. The unlock stocks in-app purchase will also be withdrawn from sale. We thank everyone who has downloaded the app previously.  You may continue to use it but future versions will not be released.
Post a Comment
Read more